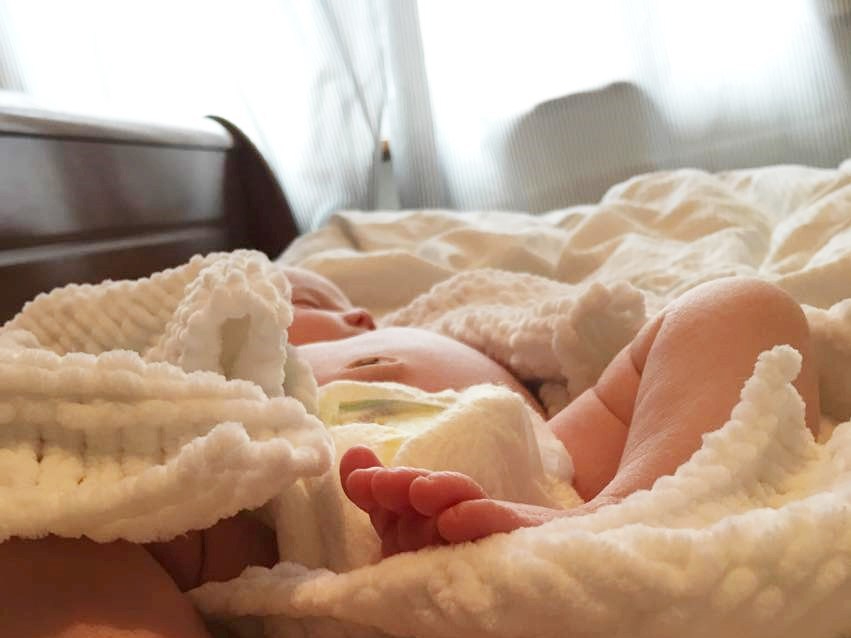 A poem by Rev’d. Ruth Wells.

I trace the cross on my belly
Vertical linea nigra
This black line, marking out your expected arrival
Then the horizontal one I barely dare to touch
The ‘sun roof’ as my sister called it
Made for your quick escape
Your great evacuation
Made in haste.
This is my body broken for you.

This is my blood shed.
The messy reality of new life
Carnage
The aftermath
Blood for weeks
That secret that nobody told me first time round
The woosiness of the initial venture out of bed
Tentative steps like learning to walk again
The return of sensation to limbs numb
The shock of it all.
This is my blood.

And as I hold you to me
Our heartbeats echoing
I am caught up in it all
The brokenness and the beauty.

It was some time in 2005 that an image came to me which I just had to get on paper. I started drawing it and like many adults or even over 7s who are drawing, I was dissatisfied with it as it didn’t look like I wanted it to look. The pencil didn’t do what it needed to.

So, I tried again and again.

Finally, prayerfully, the image was there.

In simple black and white:

A silhouette of the head of the Christ on the cross, crowned with thorns.

Yet there was another crown too; a crown of light bursting forth from the head of Jesus and breaking through the darkness.

Uniquely the cross is the place where the light meets the darkness and where it overcomes it.

In the beginning was the Word, and the Word was with God, and the Word was God. He was in the beginning with God. All things came into being through him, and without him not one thing came into being. What has come into being in him was life, and the life was the light of all people. The light shines in the darkness, and the darkness did not overcome it. … The true light, which enlightens everyone, was coming into the world. He was in the world, and the world came into being through him; yet the world did not know him. He came to what was his own, and his own people did not accept him. But to all who received him, who believed in his name, he gave power to become children of God.

This passage from John sets out John’s whole take on the Good News. The light into darkness. The world in which Jesus was crucified was in darkness. They saw the cross as darkness – misery, torture and death. They did not understand. On Good Friday we try to focus on the cross in this way. Yet I find it very difficult. I cannot see the cross of shame without seeing the cross of glory. “The light shines in the darkness and the darkness cannot overcome it”

So this black and white sketch developed into the picture below.

Note that the darkness is not all bleak and blackness.

No there are colours there.

Just as sin is not all repulsive and evil – if only it were, we would never sin at all.

No in fact sin can be enjoyable and seemingly fulfilling.

Yet the light is not all pure stark whiteness either, far from it.

The cross here is like a prism which shows the light as it truly is; a rainbow of colours.